ALSO NEW KIDS ++ for 5 to 8 year olds. A new monthly group following on from the WLTDO community open to Dads, Grandads or Male Carers with 5 to 8 year old kids. Do come and join us! There will be a variety of activities and occasional challenges to entertain the kids. The kids may be using Lego, jigsaws, doing craft work, building Richard’s racing rockets or Steve’s sailing boats, etc. Who knows, in the summer, maybe archery…..

Designed to provide a relaxed environment where dads can spend quality time with their children and give mum some well-deserved time off, WLDO  & KIDS++ run once a month on a Saturday morning. Dads have also benefit from meeting others who share similar experiences to them. 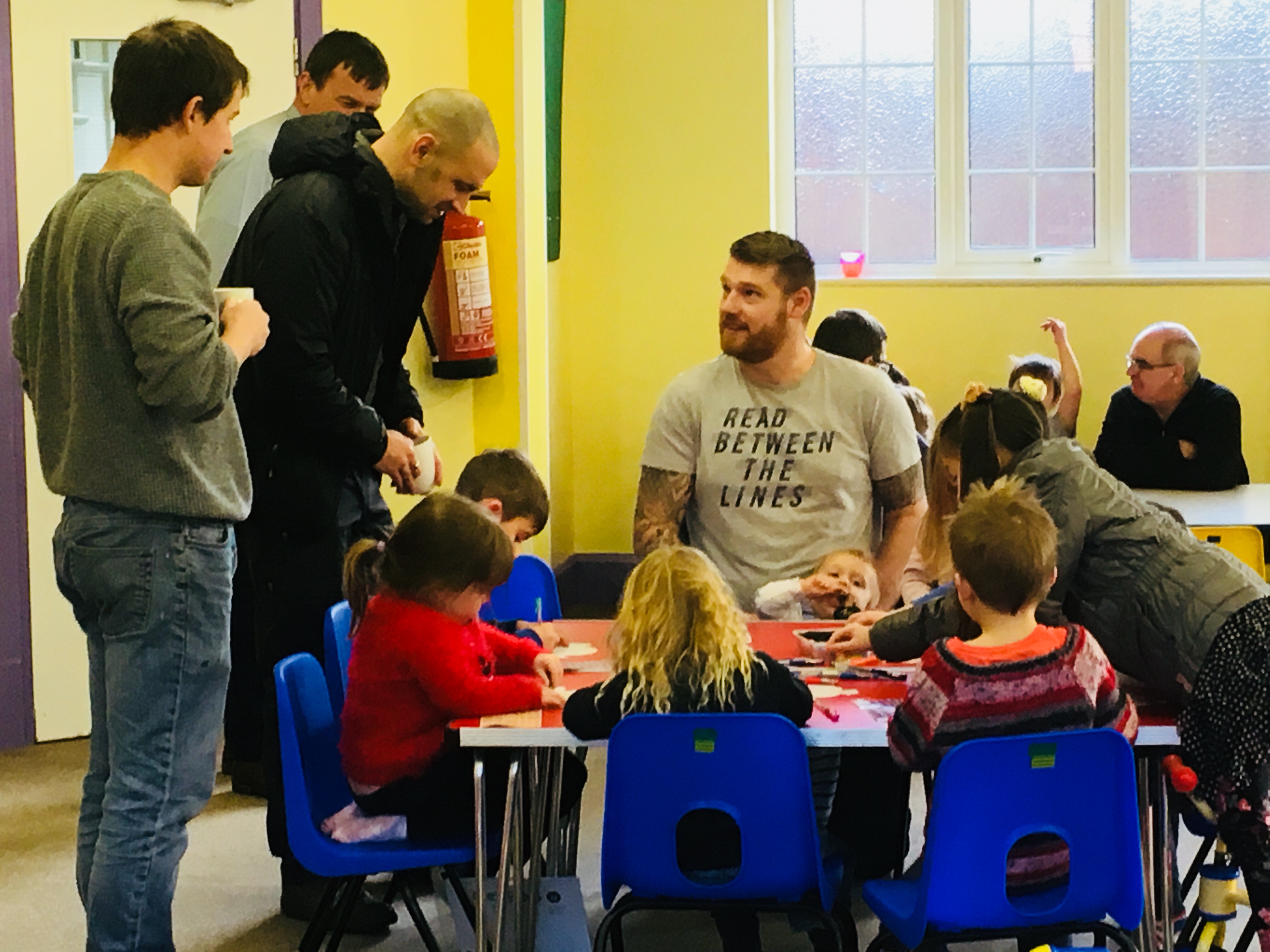 Organiser, Mick Roberts, remarks ““There has long been a need for a dads and tots group in our local area. When my children were young there was nothing like WLDO about. What I love about the group is that real friendships have formed between the dads. It’s also great fun watching the dads help their kids with the craft activities, something which they wouldn’t normally do at home”.

And the fun doesn’t stop at the end of the group. The guys that attend the group often meet up throughout the month to socialise, do something fun, and most importantly, have a laugh. Pub trips, DIY cooking nights, walks in the Peak District; these are just a few of the activities that guys from WLDO have enjoyed.

Phil, one of the dads who attends the group, commented “When I moved to Chesterfield I didn’t know that many people. WLDO was a great way to find a community; it’s one of the friendliest groups in the area and the functions they put on, like DIY cooking, have been great fun.

Another dad, Ben, remarks “The kids really enjoy the crafts and it’s great for guys to spend some quality time with their kids. The guys here share a lot of similar experiences and because of that there is a good group of friends now”.

So, if you’re a dad or male carer with kids of under 8 and you have a spare Saturday morning then why not check out Who Let the Dads Out?  There’ll be a butty waiting for you!

For further details please do get in touch.

Saturdays 9.30am to 11am
no meeting in August
10th September
8th October
5th November
3rd December